The Second Coat of Render

Having completed the second coat of render I was still not happy with the final shape of the wall, which left me with two options; I could either get Mark Beedle (spray rendering) back to do an additional coat of render, or do it by hand. Without hesitation, I would always opt for Mark to return, as it is faster using the pump. However, if you have plenty of time then you may choose to do it by hand.

I remember one client employed two extra workers to help him and his wife with hand-rendering their house, before Mark had the pump. The two extras worked five days a week, the owners worked six days a week (sometimes seven) plus they got help from friends whenever possible. It took about three months to complete the rendering. They were somewhat put out when, years later, they saw the pump working, as they realised that the same number of workers could have done it in a week. 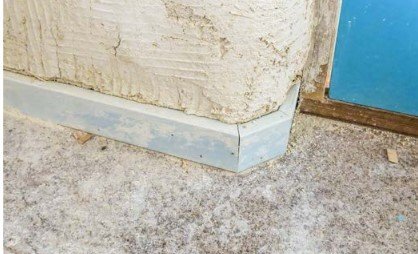 Following my own system of construction, I installed all windows, doors, cabinets, skirting and eave linings after the second coat of render. I will use the skirting as an example of the approach that I took and recommend. I use a straight edge or 1.2m level held against the wall to establish the line of the wall above. 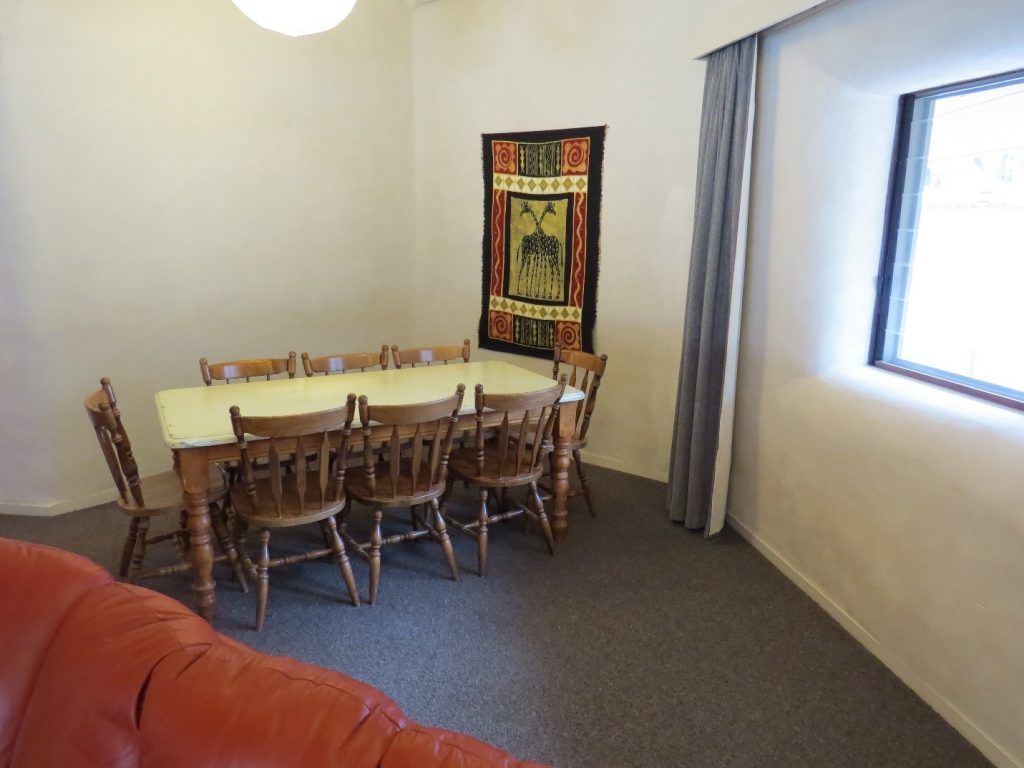 You can install tiles directly onto the face of a rendered straw bale wall by treating the surface of the render with 1 parts Bondcrete to 10 parts water. This is not appropriate around baths and showers; however, over sinks and vanities it is acceptable as long as you apply a waterproof membrane to the wall (over the Bondcrete mix, which helps the membrane adhere) prior to the installation of tiles. The waterproof membrane is readily available at hardware stores; it is the same product that you use on the bathroom floors. You can install the tiles either before or after the final coat of render. I have opted for fitting them after the second coat of render so that the final coat of render will end up flush with the face of the tiles.

Our ceiling lining is Colorbond Surfmist Mini Orb. We have used 65x19mm skirting material as cornice, which covers the last row of screws and any variation in the positioning of the sheeting at the wall. While I am happy with the end result of fitting the Mini Orb in our curved ceiling, to say that the process of installation was somewhat challenging would be an understatement. The installation of the 65mm timber at the ceiling wall junction negated the need to be so accurate in the positioning of the sheets. I would later cover the gap with render. Under normal circumstances I would have fixed the timber cornice using a fixing gun.

However, fixing it over a metal lining presented some challenges, as the fixing gun nails simply bent when they encountered the metal. Many would consider the final solution somewhat extreme, as I ended up using the framing gun with 75mm nails. Some of the nails ended up flush with the surface of the cornice whilst others were inset. Using a large nail punch, the nails that were flush were punched below the surface and patched with wood filler, giving us a flush finished face. 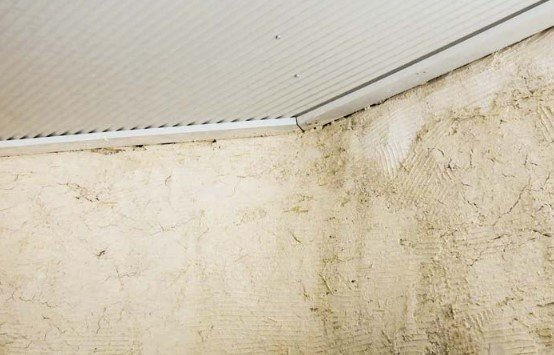 The 900mm eave overhang on this house has been lined with standard Colorbond. The overall width of the sheet is 840mm. Adding our fascia thickness of 35mm, this gives us 875mm, leaving just 25mm short to cover. Once we installed the sheeting, we applied 25mm of cob mix (render and straw mix) to the top of the wall to meet up with the back edge of the eave lining, flaring it slightly so that it blends in evenly. The final coat of render will then soften the appearance of the ‘bulge’ further, overlapping the eave lining slightly and giving a good seal against birds, fluffy vermin and even embers.

In the majority of homes, builders fix the rafters or roof trusses about 900mm apart. If cement sheet or timber lining were fitted as eave lining it would be necessary to install additional framing. This is because most of these materials need support at least every 600mm. Metal lining is fine with supports up to 1200mm apart; it also complies with the bush fire requirements and is maintenance free. You can expect to get render on the eave lining when you do the final coat of render. Using metal negates any issues regarding cleaning, as we will wait until the final coat of render is pretty much dry and then clean the eave with a pressure washer. By using the circular rotating nozzle, which gives a very distinct edge to the water jet, there is little chance of damaging the render. 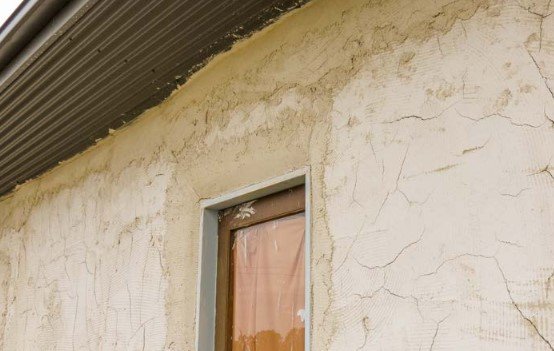 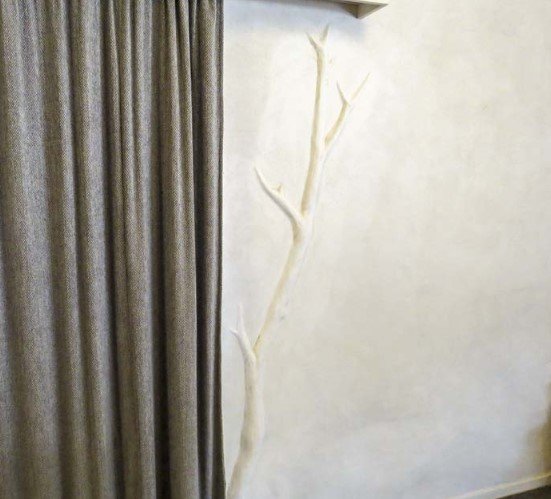 If you are creative you might want to add sculpted features to your walls. You should do this at the second coat of render stage using a cob mix. I have a Lightburn 100-litre concrete mixer for mixing render. Some people say that  many concrete mixers cannot mix cob, however I have found using my mixer extremely successful when it comes to mixing cob.

I would recommend that you mix the cob and put it aside for at least 24 hours so that the straw becomes more malleable when using it for sculpting. When you apply the final coat of render over your sculpted feature it will tend to flatten and widen the shape, so it is important to keep the initial shape quite sharp. I have included a photo of some sculpting on our back wall, done by attendees at our last practical workshop, as well as a finished example from our previous house.